In the first installment of our series on What DUII Means in Oregon, we covered the term “driving” and what it takes to be found driving for the purposes of an Oregon DUII. In this second installment, we ask, “What does it mean to be ‘under the influence’?”

We all know you don’t have to be drunk to be under in the influence. You’ve probably also seen or heard the public awareness campaign, “Buzzed Driving is Drunk Driving.” The Oregon Statute on DUII likes to throw around the phrase “under the influence”, a lot. Telling someone they can’t drive under the influence isn’t exactly the tidiest of instructions. However, ask almost any adult in Oregon and most people will tell you your BAC, or blood alcohol, level must be 0.08%, or greater to be convicted. In fact, ORS 813.010 specifically tells us that DUII is committed if the person has “…0.08 percent or more by weight of alcohol in the blood…”

Excellent. A clear line in the sand you can follow: “If I keep it under 0.08%, I’m good to go!” However, that’s not exactly true… Keep reading to learn more, and if you or someone you know has been charged with a DUI, then don’t hesitate to reach out to our DUII defense attorneys in Bend, OR to get the representation you need.

0.08% BAC, or Perceptibly Impaired Driving is DUII in Oregon 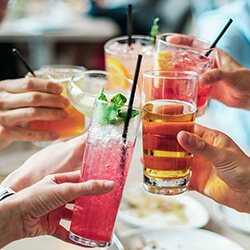 Oregon’s Under the Influence Definition – The Down and Dirty

At the time of this writing, the long and short is that a person can be found to be under the influence of intoxicants, and specifically alcohol by either of two ways: One, a BAC of 0.08%, or higher. Two, impairment of one’s mental or physical faculties to a perceptible degree. The implications of this are clear. A person could theoretically be convicted of DUII even with a BAC below the legal limit. Conversely, someone with a tolerance for alcohol could be convicted with a BAC greater than 0.08%, even if they are not actually impaired at all. State v. Clark, 39, 593 P.2d 123 (1979). If you’re not freaking out right now, you should be. Either instance is alarming.

All Is Not Lost

That being said, all hope is not lost. If a person is charged with a DUII and falls into either of those two camps, an excellent DUII attorney combined with the right set of facts will be able to mount a strong defense for you. Armed with the right facts, knowledge, and experience, a skilled lawyer can expose erroneous allegations for what they are and being the truth to light.

If you or someone you care about has been arrested for DUII, and are in need of a skilled DUI attorney, call us for your free consultation with a knowledgeable DUII lawyer. All you need to do is search for “DUI attorney near me” before selecting our team. Call today: 541-241-6657