We realize that drinking at a party may seem harmless — up until the point when you can’t decide if you’ve had too much to be able to drive. And if you do decide that you are “OK” to drive, do you know what the process of being pulled over, arrested, and going to court involves? Before you get in the car after you’ve been drinking, making that decision could be easier when you understand what the consequences are, what steps are involved, and knowing that it all could take months to resolve.

At Donahue Law Firm, Our DUI attorneys work to ensure you receive a fair chance at court. Throughout the process, everyone deserves an opportunity to be represented by an experienced DUI attorney who will offer you the best chance at coming through this process with minimal penalties. Keep reading to learn more about what happens after you are pulled over and contact the criminal defense attorneys at our Bend law firm as soon as you can.

In every state, if you are older than 21 and your blood alcohol content (BAC) is above .08 percent or more, you will be charged with a DUI. There could be multiple reasons for an officer to pull you over: 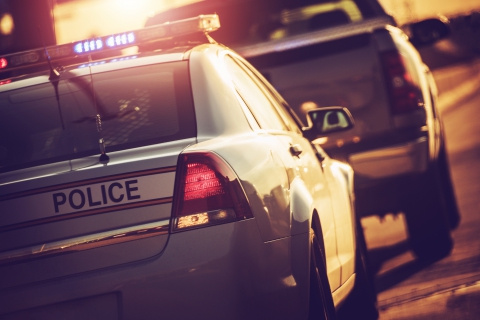 If you failed the breathalyzer test and were arrested, you will be taken to the station and the booking and charging process begins. Personal information such as name, date of birth, and other physical characteristics will be gathered, specifics of the situation will be taken down, officers will look to see if there is a criminal record, and your fingerprints and photo will be taken — all of which will be entered into your record. When at the station, this is the best time to call a DUI attorney who will guide you through the process.

The bail amount is set based on whether or not there is a past criminal record, the seriousness of the current situation, and if there are signs that you may flee. If you are able to make bail, you will most likely be released; but until bail is posted, you will be placed in a holding cell.

The first court appearance after being arrested is an arraignment before a judge. The judge will read the charges brought against you, if you don’t already have a DUI attorney you will be asked if you need one, you will enter your plea, changes will be made to your bail if necessary, and future court dates will be scheduled if you do not plead guilty. If you do plead guilty, the judge will decide your penalty and you won’t have to go back to court. If you decide to plead not guilty, the process continues with a preliminary hearing, DUI trial by jury, sentencing, and appeal if necessary.

We will go into further detail on these last steps in our next post. Check back soon to learn more about the process of being arrested and charged for a DUI.

If you are facing charges, contact a DUII attorney at Donahue Law Firm as soon as possible. Our team will fight for your rights.